We are two brothers with two different stories to tell.

One of us had a doctor that caught our diabetes early and began treatment with Metformin. Through an intensive and dedicated weight loss regimen, he was able to lose 65 pounds, going from 245 to 180 in about 8 months. Through the diet and exercise he was able to get complete control of his diabetes. The doctor removed him from all medications, including Blood Pressure meds. Currently he is still working on the weight loss and controlling his daily eating habits.

The second brother had it much worse. He did not get medical attention until his fasting blood glucose was in the 310 range. He was immediately put on an intensive regimen of insulin shots which only gave him partial control. Through the same tools as his brother, he has been able to get off insulin and onto metformin. He has also lost about 65 pounds and through the same diet and exercise now has his blood sugar under control.

This is the story of their journey into discovering the secrets of losing weight and controlling diabetes. It is a quest for information not available through the normal media, and the reading and interpretation of the available studies. You may be surprised at the misinformation that is out there, even through those agencies, foundations and associations that are supposed to protect us.

The brothers firmly believe that there is a possibility of curing diabetes on an individual basis. 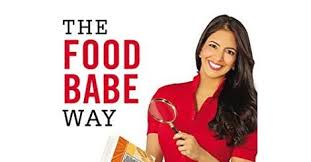